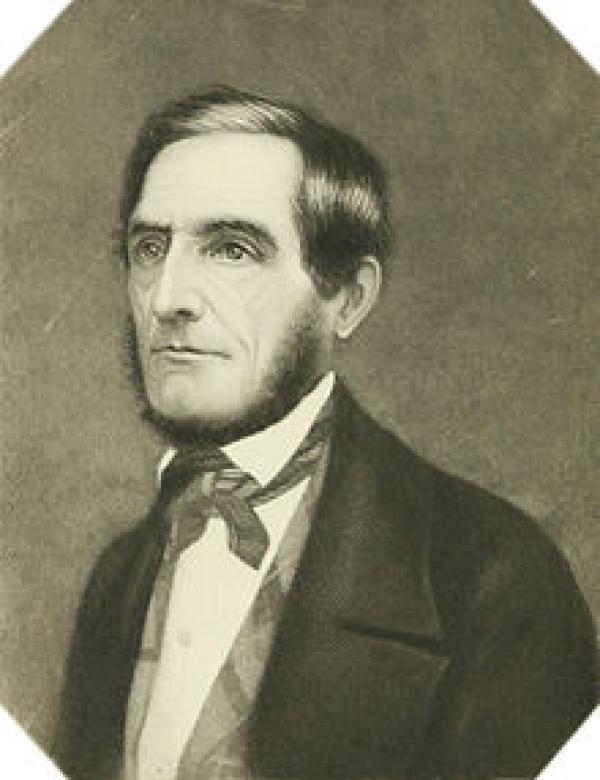 Zadock Pratt was born on October 30th, 1790 in Stephentown, New York to Hannah and Zadock Pratt Sr. He received little schooling as a child and at age 20 became an apprentice to Luther Hayes, a saddler in Durham. Pratt traveled with Hayes learning tricks of the trade and practicing making leather goods. After volunteering in the War of 1812, he was awarded some land and in 1815 he and his brother Ezra opened a tanning business. During the winter of 1819-20, they traveled to Canada to sell and trade their leather goods. This trip proved successful and during their return, they stopped in Catskill, New York where he learned a tannery had burned down. He and his brother decided to rebuild the lost tannery and create a business in the Catskills. Pratt created the largest tannery in the world at the time and established Prattsville. His entrepreneurial spirit led him to establish the Prattsville Bank in 1843 – a bank that printed its own bills. Although the bank shut down in 1852, Pratt was a financier to several smaller tanneries in the Catskills.

Pratt was also active in politics serving as a member of the State Senate in 1830 and elected as a Democrat to the Twenty-fifth Congress serving from 1843-1845. He passed away on April 6th, 1871. Today you can view a series of stone carvings at Pratt Rock that depicts Pratt's life. Additionally, his former home is now a museum known as Zadock Pratt House in Prattsville, Greene County, New York.

Explore the history of American art in the landscape that inspired it! Discover the Catskills’ scenic beauty and artistic heritage through tailored, self-guided itineraries that will take you from mountain peak to river valley, heritage site to sky walk.

Discover More
® I LOVE NEW YORK is a registered trademark/service mark of the NYS Dept. of Economic Development; used with permission.