Wildlife in the Catskills

Venture deep in the forest, and you enter the animal kingdom. Time to meet a few wild residents of the Great Northern Catskills.

Just as Jeff Vincent zips up his tent and lies back in his sleeping bag at a backcountry site in the Catskill Mountains, the neighbors get raucous. Peeper frogs start up their deafening chorus. Yips and howls echo along the valley as coyote packs call back and forth. Then a grey fox barks, a fisher screams—and just when Vincent thinks the forest has gone quiet, a barred owl hoots.

Vincent knows to expect these encounters. After all, he's a licensed New York State mountain guide who leads nature tours, hiking trips, and paddling tours with Catskill Mountain Wild. "In the northeast Catskills especially, our lush forests are home to many animals," he says. In fact, New York's Department of Conservation estimates more than 1,800 black bears reside in the Catskill region. White-tailed deer are common, and wildlife cameras posted deep in the forest often record elusive bobcats. These creatures draw many visitors, from hunters and anglers to hikers and drivers in search of wild scenes.

But a male black bear can weigh up to 500 pounds. To keep them at a distance, Vincent says, keep track of your crumbs. If you venture into the wilderness, pack out every orange peel and food wrapper you pack in—otherwise animals become accustomed to seeking food where humans travel. Keep a tidy camp kitchen without any tasty morsels lying around. And use rope and a stuff sack to hang food supplies and scented toiletries over a tree branch, out of reach for bears, raccoons, porcupines, squirrels, and chipmunks.

Wild creatures can be elusive, especially on popular trails where noisy crowds scare animals deeper into the woods. The best chance to spot animals in their natural habitat? Dawn or dusk, Vincent says, when they can browse for food without human interaction. Dawn is an especially good time to head out birdwatching in the Catskills. To spot an Eastern cottontail—a rabbit recognized by their brown coat year-round—or gray and red foxes, venture out midweek when animals approach quiet trails. Vincent also suggests trading Google for a map: crowd-sourced listicles often recycle destinations, but independent research can turn up undiscovered routes. And less people means better chances at wildlife sightings.

Come face-to-face with a wild thing?

Mind your manners. “They have more of a right to be there than we ever do,” says Vincent. “Give the animal space, respect them, and be patient.” Use a quiet voice, avoid sudden movements, and—most important—never feed wildlife. And if you do stumble upon an ursine friend, take a cue from Vincent: when he returned to camp to find a black bear sniffing his group’s tents, he stayed calm. “I let them do their thing until it affects me,” he says. To move the bear along, Vincent made himself larger by holding his backpack over his head. Then he used noise—banging a pot or clacking trekking poles works—to move the bear a safe distance away, and didn’t chase the animal any farther.

Those encounters are rare, however. Vincent says benign wildlife interactions are far more common. He often spots river otters feeding or playing on small streams or marshes. Look for their furrry, dark brown bodies with tapered tail and webbed feet sending ripples across the surface. And snapping turtles—the official reptile of New York State—are also frequently spotted on outdoor excursions. They are most active at night, but can often be found during daylight hours on sunny logs close to brackish marshes and burbling creeks. Look for a dark shell, clawed feet, and a hooked beak. While snapping turtles typically boast a 10- to 16-inch shell, Vincent reports he’s seen two-foot domes while hiking the Catskills.

Spend enough time in wild forest and remote waterways of the Catskills, and these creatures—even those with sharp teeth and claws—eventually become familiar comrades. Still, even Vincent admits he gets startled when there’s a rustle in the leaf litter outside his nylon walls. But after a lifetime in these woods, he’s come to know the animals by sound and behavior. “What scares people the most is when things scurry by the tent at night,” he says. “But I know it’s just a mouse. They make the most noise just ruffling the leaves.” 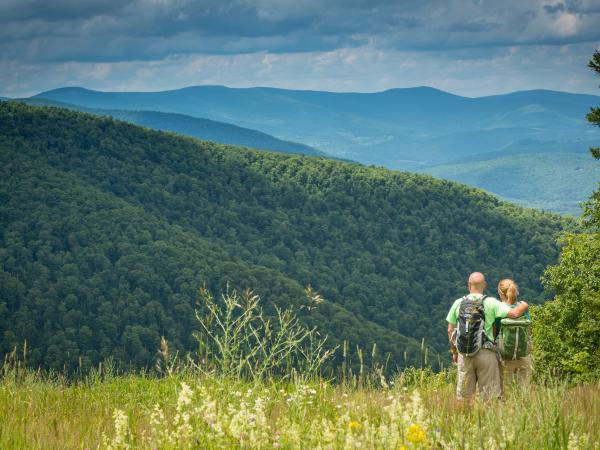 The Best Spots to Camp in the Catskills

Greene County offers camping communities complete with amenities for the family to enjoy, as well as secluded areas for those looking to get away from it all and to reconnect with nature. 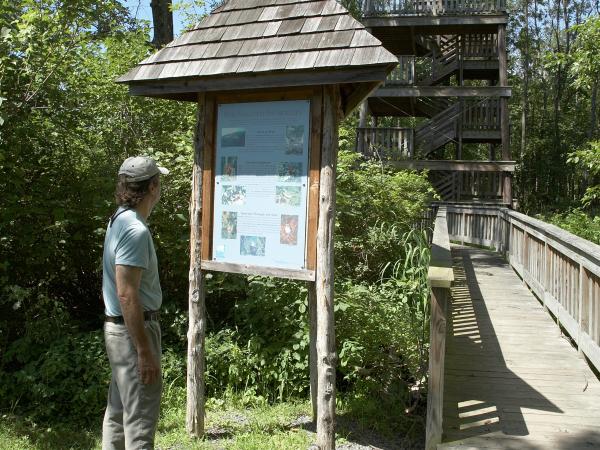 Birding Hot Spots in the Catskills

Discover the Catskills flyways and environments where migrating and native species gather.
® I LOVE NEW YORK is a registered trademark/service mark of the NYS Dept. of Economic Development; used with permission.